Get Your Free Financial Review 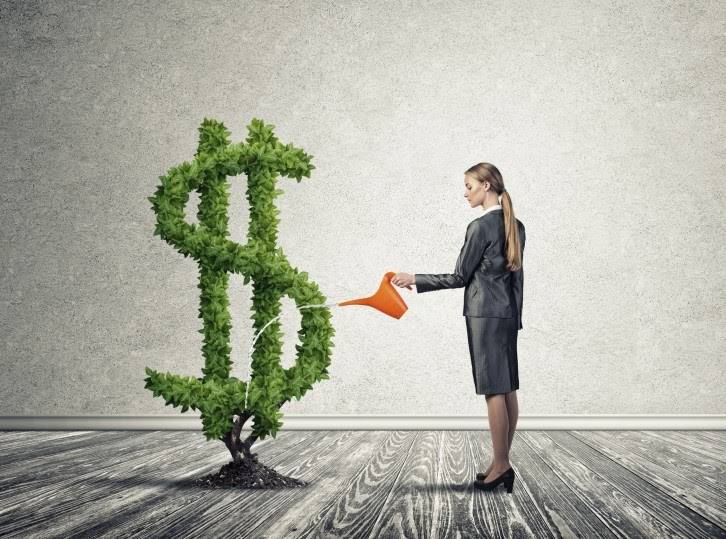 What are the different investment classes?

Before you invest your money, you should understand what the actual investment is.

Alice had listened politely but was clearly get­ting impatient. “So, Uncle Wayne, you know our situations. What should we invest in?”

“For starters,” replied Uncle Wayne, “let’s look at the three investment classes— cash, bonds, and equities/stocks—and review what you’d be getting into with each.”

“I’d like to take a stab at this,” declared Mark. “In the first two categories, cash and bonds, you’re basically lending money to another party, but with stocks, you’re buying shares, or owner­ship, in a company. Over the long term, stocks have outperformed the other types of invest­ments.”

“Sure. In the category of cash, you’ve got sav­ings and chequing accounts, and Treasury Bills (T-Bills). “T-Bills are sold every Tuesday by the Government of Canada, for terms from thirty days up to a year. They’re sold at a discount, which means they’re sold at less than their face value, but at the maturity date, you get the full-face value; therefore, the deeper the discount, the better return you’ll get. I also found out that the reason the government issues T-Bills is that it provides them with a way to raise cash.”

“Maybe I was wrong about you, Mark. Maybe you do know something after all,” Alice said with a grin from ear to ear. “Now tell us about bonds.”

“I’ll take that as a compliment, I think,” said Mark. “When you buy bonds, you’re really making a loan, either to a level of government, which could be federal, provincial, or municipal, or to a company. They, in turn, promise to pay you a set interest rate for a certain period of time, and when that time’s up, they pay back your loan.”

“Wait a minute, hotshot,” Alice said. “What about GICs? Are they considered cash or bonds?” She was a sly one.

Uncle Wayne jumped in to save Mark. “I would include GICs in the bond category, because they have some of the same characteristics as bonds.”

“That’s what I was about to say,” Mark declared, although he looked as though he didn’t expect us to believe him. “Anyway, GIC stands for Guaranteed Investment Certificate, and, essentially, it’s a loan you give to a bank or trust company. The usual term for a GIC is one to five years, although it can be longer. For example, you loan the bank $1,000, and the bank will pay you a set interest rate for a specific period of time and then pay back your $1,000. A lot of people like GICs because they’re guaranteed for up to $100,000 per institu­tion per person by the Canada Deposit Insurance Corporation (CDIC), provided that the term of the GIC doesn’t exceed five years.”

“So what’s the difference between a bond and a GIC?” asked Sally.

“There are two main differences: the guarantee factor and the liquidity. You usually can’t cash in a GIC before the end of the set term. A bond has more liquidity; you can sell it on the open market anytime you want. However, the value of the bond is not guaranteed. If you sell it before the maturity date, you could end up losing money, or if you’re lucky, making money.”

“You’ll have to run that by me again,” Sally complained. “You’re starting to lose me.”

“No problem, cousin. What’s probably confus­ing you is my use of the word ‘value.’ You see, a bond’s value is not the price you paid for it but something that is determined by the current inter­est rates. For example, if you bought a $1,000 bond that paid an interest rate, also called a coupon rate, of 3% per year, you would receive $30 a year in interest, and if you held onto the bond until its maturity date, you’d get back your $1,000. But if you needed cash in a hurry and sold your bond before the maturity date, the value of the bond would be determined by current inter­est rates at the time of the sale.

“For example, if interest rates had risen to 5% since the time you bought the bond, no one is going to pay you the full $1,000, because your bond only pays 3% interest, and the buyer could get 5% by investing somewhere else. So to sell your bond, you have to drop the price so that the buyer gets the equivalent of a 5% return on the invest­ment.”

“So bonds are more liquid than GICs,” Sally summarized, “but if you sell them before maturity, the value will vary according to current interest rates.”

“That explains a lot,” Alice said. “I’d read you could post a capital gain or loss with bonds, and now I know how.”

“Tell me about it,” mused David.

The rest of us laughed, but Sally had dollar signs in her eyes. “Are stocks guaranteed?”

“Well then, why would anyone buy them?”

Uncle Wayne took over. “It’s true that the stock market goes up and down, but over the long term, the trend has been up, just like the economy. I can show this to you in black and white. I took the lib­erty of asking Aunt Lorraine what year each of you were born so that I could chart the growth of the Toronto Stock Exchange Index in a way that isn’t skewed toward my point of view. Look at this,” he said as he pulled out a sheet of paper.

“The Toronto Stock Exchange at the end of 2019 was at a whopping 17,063.43, so even with all the turbulence in the time since Mark was born, the stock market has increased dramatically. Gosh, think of everything that has happened in the last sixty-three years: the Korean War, the Cuban missile crisis, Vietnam, the separatist movement in Quebec, the advent of the information society and the global economy, not to mention the oil crisis of 1973, the market crash of ’87, the fall of Communism, the Gulf Wars, Bre-X, Nortel, the Dot Com boom bust in 2000–2001, the Great Recession in 2008–2009, 9/11 …”

“Enough with the history,” Sandra said affec­tionately “Let’s get back to the economy. What I think you’re saying is that at any one point in time, there’s enough upheaval going on that you could feel skittish about risking an investment in stocks. However, the bottom line is that the market has always gone up over the long term.”

For more information you can refer to Preserving Wealth: The Next Generation – The definitive guide to protecting, investing and transferring wealth by Jack Lumsden, MBA, CFP®

This material is provided for general information and is subject to change without notice. Every effort has been made to compile this material from reliable sources however no warranty can be made as to its accuracy or completeness. Before acting on any of the above, please make sure to see me for individual financial advice based on your personal circumstances. The information provided is for illustrative purposes only. Commissions, trailing commissions, management fees and expenses, may all be associated with mutual fund investments. Mutual funds are not guaranteed, their values change frequently, and past performance may not be repeated. Please read the Fund Facts and consult your Assante Advisor before investing.